As you can see in this artistically-awful image, different objects can now have different shaders assigned to them: 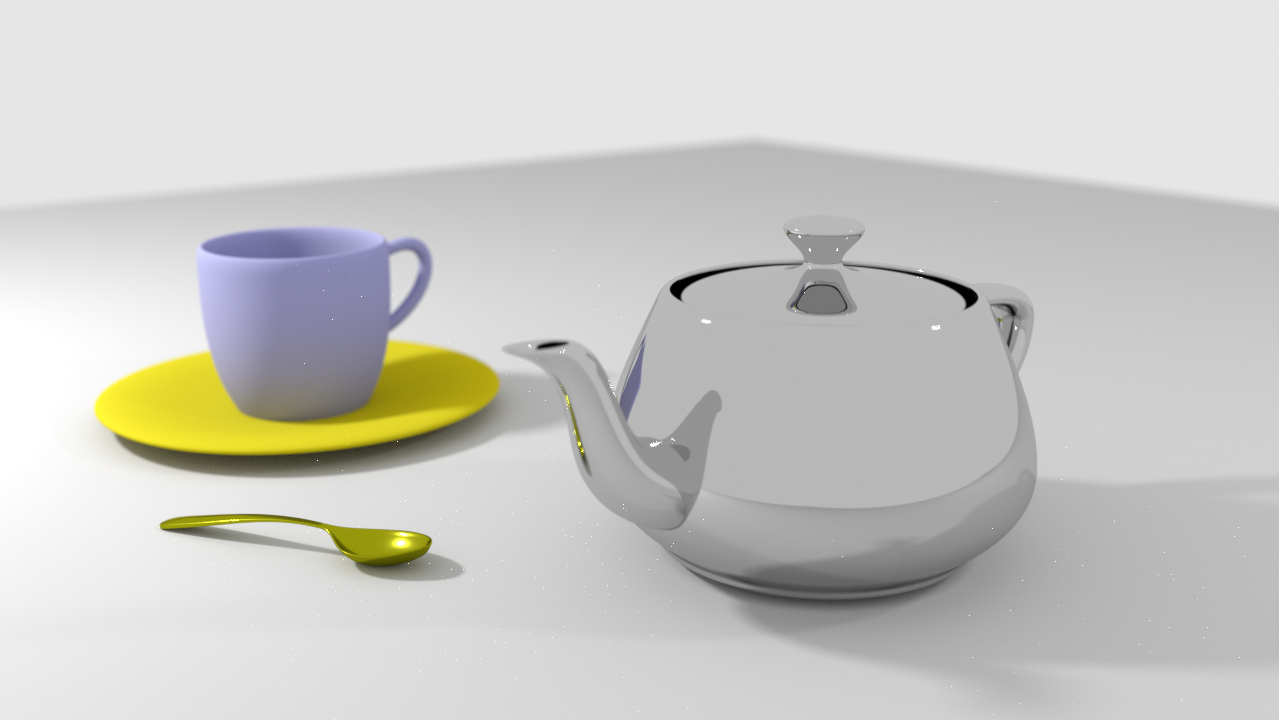 This was actually fairly easy to get up and running. It just required some design work. I did indeed go with shading being done at intersection time, as described in my last post.

This basic shading system does not use OSL, and doesn't even support texturing of any kind. Each shader just produces a single fixed BSDF. But building this basic version of a shading system helped me work out the machinery behind how shaders get assigned to objects and how they are processed during rendering.

One of the cool features of this shading system is that shaders are assigned hierarchically. Any node in the scene graph (more-or-less) can have a shader assigned to it, and all nodes under such a node will inherit that shader—unless they themselves have been assigned a different shader. This makes it easy to assign a single shader to the entire scene, for example.